A stage to shine

All he needs is a stage to shine

The Narcissus loves public appearances at meetings, fairs, musicals ... It does not really matter what kind of content. The main thing is that he can show his self-made ego in detail. Every stage is right for his well-rehearsed productions. Narcissists are quite often fascinating people. The most dazzling personalities and the weirdest birds – these are under warranty Narcissists.

Often they are very charming at first glance. Though on the second not really likable. Except of course for the Co-Narcissist, but more about that later. Narcissists are good entertainers.

Sometimes. Basically, it does not really matter if they really have something to say or not. Above all, they like to hear the sound of their own voice.

Listening to someone else is rather difficult for the Narcissist. After all, he honors his fellow men by his mere presence. And, if he already makes the others happy with his grandiose presence, why should he bother himself miming an interested conversational partner?

He certainly raises the questionnaire phrases that have to be displayed to consideration and if it only serves to demonstrate his social competence. However, just to answer the questions himself verbose and in detail. Although if he usually does not have the slightest knowledge of the situation of his counterpart. Not because he is basically rude. Narcissists can be very friendly and accommodating, even modest and equipped with exceptionally good manners. Most of the time it takes quite a while, until You get the bluff package containing false modesty and ostentatious understatement seen through.

Out of the spotlight, end of the show

The misery is that the Narcissist does not come any closer to his ideal through this masquerade. The gruesome idea that those people, who were supposed to respectfully shake his hand in a lavishly light-flooded grand mansion could, in a Three-room rental apartment, think of him as a very ordinary person never leaves him completely. Especially not when he does actually live in a three-room apartment.

In addition, the trick unfortunately only works, as long as

In other words: When the spotlights are turned off, it is the end of his show. And the delicious sense of self-worth crumbles abruptly down the abyss … 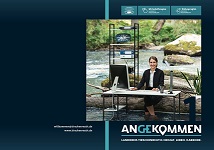 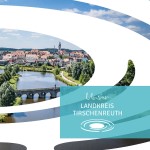