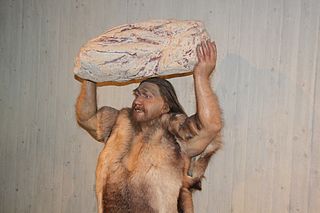 Narciss - a relic from Stone Age

In fact, it's usually pretty easy to recognize a real Narcissist: he stands by a self-presentation, which can simply be described as absolutely terrific. This way he disguises more or less skillfully his inner fragmentation (even in front of himself). Because in reality the Narciss feels tiny and pretty worthless (somewhere deep inside). Terribly worthless, in fact. But he would never admit that in this life, even if he would be aware of it. At least of all to himself.

His neediness is real. Real and inexhaustible

Sometimes Narciss shows his other side: He transforms into an extremely disadvantaged being, hardly struck by life. An exceedingly pitiful creature, thirsting for love and attention. Care is always welcome. Especially in form of financial contribution. Narciss is sometimes so touching in his oversized neediness, that a really good soul can‘t seriously deny compassion without her bad conscience immediately whispering loudly. His performance is very convincing. Especially because his neediness is real. Real and inexhaustible.

Evolutionary, Narcissus is a relic from the Stone Age and he still behaves this way. The differences between the various types of Narcissist are about as relevant as those between Cro-Magnon and Neanderthal people. Narciss is a cuvée of both, so to speak. Darwinistic through and through, absolutely resistant to the adversities of nature and extremely tough. He would survive in any jungle. Each of us.

The Narciss is an alpha animal. He does not tolerate anyone next to him. Absolutely nobody. Beta, gamma, delta to omega, that is all the others, he likes to rally around because they increase his power. If You question his alpha status, You can as well throw the feud glove and You will relentlessly be listed on the Narcissist's blacklist. Following the crude rules of the rather simple knitted good-evil-world of the Narcissist on this blacklist are furthermore noticed

• all those who are mightier or richer as well (or could be),

• all those who cross his paths and do not submit.

This is, for instance, especially true in respect ex-partners. As they are very likely to belong to at least one of the above categories. Whether business or private is of little concern to the Narcissist, as he considers interpersonal relationships exclusively under pragmatic aspects anyways.