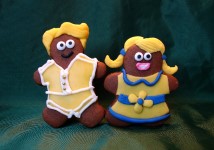 Anyway, relationships with a Narcissist are a fairly relative affair, because constant happiness does not correspond to his nature. It's simply too unspectacular. In addition, Narcissus is an unfaithful rodent by nature. Even if, in the frenzy of the first infatuation, he claims the contrary (and probably believes in it at least for the very moment). It's not just about sex or mundane things. But he really suffers greatly, when his elixir of life runs dry, and the constantly rippling source of admiration, recognition and idealization is no longer bubbling abundantly but drips only hesitantly.

And, strangely enough, that always happens at the latest when the relationship comes down to everyday life and reality takes its toll. That's the real reason, by the way, why real life is not one of those things, which seem particularly desirable to the Narcissist.

At some point, there is usually just an end to the ongoing super elevation due to blind infatuation. And this is of course the Co-Narcissist’s fault. Because he is the one who turns the tap. Maybe because he finally recognizes that the river always flows only uphill. And because of this, the relationship model most commonly encountered by Narcissists is serial monogamy. In advanced age, however, the likelihood of serial bigamy increases. Until a certain period of life the Narcissist usually does not have very long-lasting relationships, but rather several shorter consecutive monogamous, seamlessly or with single phases in between. Later he prefers a steady partner and, in addition, several consecutive monogamous relationships.

Anyway. Every relationship of the Narcissist is just a desperate attempt to repair the collateral damage of his failed childhood. In any case the other participants of real life will remain a mystery to him forever, the solution of which he seeks throughout his life.