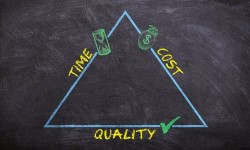 Narcissus and his profit orientation

Anything that does not immediately yield maximum profits is discarded by Narcissus. Except maybe, it promises profit after a certain manageable investment. And profit in the calculus of the Narcissist is just everything that increases his reputation and wealth and provides him with appreciation and affection.

Apparently, appearance is much more than being. And he really appreciates only those values that either have tangible material value or improve his image. The Narcissist only feels real satisfaction when he is even more successful than others.

But then for only a very short time. In any case too short to ever really achieve such thing as satisfaction.

If You leave anything to the good will of the Narcissist, he will mercilessly bamboozle You, if only because of the kick. Narcissus needs that tickling of happiness hormones in his brain cortex. Only that gives him kind of deep, inner satisfaction. At least for a short, happy moment in his dull life.

The unbearable banality of real life

Strictly speaking, life is extremely trivial. The most fascinating thing about life is its horrible banality. You may dimly remember Sartre's Hell in "No Exit". The story briefly describes the existence of the Narcissist:

It seems that the protagonists, three Narcissists by the way, are damned to endure each other in this banality until all eternity. All doors to the outside world are locked. And the main characters can neither let go of one another, nor flee from each other.

They can not even kill themselves, because they are already dead. Their hell, that's the others. Finally a door opens. But they do not leave the room. Why? Because they have realized that behind this door there is something lurking that is even worse than the banality of their existence: The real life.