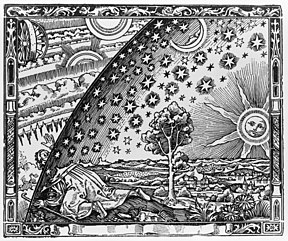 Narcissus is extraordinary. Not only because of his superior personality structure, but also because by his own admission he fulfills nothing less than "a cosmic mission on earth". However, that is in all modesty the vocation of the Narcissist: He is simple chosen. By a cosmic entity of whatever kind, about which nothing more is known. Which is, just for this very reason, a grandiose projection surface for any desired individual idea of salvation.

In any case, the Narcissist will most likely be one of the 144,000 chosen to be rescued by a fleet of alien starships from the planet Alpha Centauri shortly before the final demise of Earth. For this only happens to the few handpicked people who, as so-called evolutionary agents, have successfully completed an advanced level of evolution and thus have proved worthy to continue their existence.

Exceptionally is has not been Vaknin, who was the originator of the alien theory. This idea haunts the esoteric scene. By the way, an area, where the vocated and chosen love to hang around because there those bizarre messages fall on golden ground.

Well. The alien starships. All other earthlings are then doomed to assured destruction. This is very regrettable, but nobody really cares, because they are much too insignificant anyway. Only truly grandiose biographies will benefit from an entitlement to participation in the World Heritage.

Anyway, this cosmic entity has a big plan, says Vaknin. It creates a kind of screenplay for the earthly existence of the chosen few. This script tends to densify throughout the lifespan of the Narcissist. That alone is reason enough to consider life and work of the Narcissist with the appropriate seriousness and diligence. In passing, however, it should be stated that in the Narcissist's thought-building the function of this cosmic entity and its right to exist can be derived from helping him to attain the significance he naturally deserves. Such it would be really subtle, petty and unforgivably narrow-minded, to mention that we are here in a grandiose circular move.