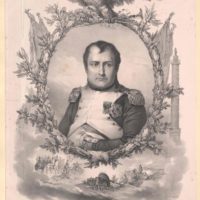 Basically, there's a little bit of do-gooder and world improver in all of us. Actually we all know  how it works. And it would be pretty easy if we only were in power. At any rate, we completely understood Machiavelli. But, compared with a real Narcissist, we are rather tiny lights. Because not only Narcissus is much more important than we are, but above all famous-infamous for vain escapades beyond any good taste.

Especially among the world leaders we often meet a prototype that were already much talked about in ancient Rome: The Narcissist, who strives for great things not only because of his perceived inferiority, but because he actually has come out a little short from Nature.

The phenomenon is also known as "short man syndrome". In this case every inch has to be compensated separately. Short Narcissus is only satisfied when he goes down in history as "the Great" whatever. Even if that means that Narcissus has to break with all rules of political diplomacy established over centuries. Even with those which hitherto were strictly observed by all the upper monkeys, chiefs, emperors and popes in the exercise of highest political functions so that the dignity of the office is not endangered.

And we are not talking about the fact that politicians nowadays have their wrinkles removed meticulously on election posters in order to give themselves a Youthful radiance, which is practically impossible, even with Photoshop, if You are 70 years plus. About dyeing their hair or putting on Bodice with botty push ups under their customized pantsuits tailored to their nonexistent waist. This can all be summarized in a few words under the heading „vain quirks“, which are usually said to be too human and completely harmless. Because after all everyone of us is a little bit Narcissistic...