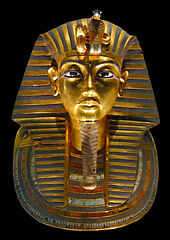 Narcissists love professions with beautiful facades: representative ornate, white coat and pinstripe suit, sumptuous cathedrals with baroque interiors and impressive glass facades. In short: the aristocratic-elitist flair, the powerful of the world are surrounding themselves with since immemorial times. He has a soft spot for galleries of any type, at least as long as he himself belongs to the elevated - and suppress his own personal agenda. For example, in the exercise of his duties of a priest. Because he rises above the rest of the common people, as the Narcissist deserves it, and is surrounded by a very special divine aura. He is a communicator between this world and the hereafter by the grace of God.

Religious doctrines are his specialty, especially if they are unsustainable in terms of logic and run totally counter to all common sense. Because when the faithful got lost in this labyrinth, the spiritual leader is the only one who knows the way out.

Narcissus, appointed by the Almighty himself, willingly sacrifices all worldly needs. He at least believes in it very firm. In any case, he as a representative of God is even on his post detached from reality closer to the respective competent Deity, which is, in contrary to the Narcissist almost arbitrarily interchangeable, as all other people on earth, and thus has taken a considerable step further on the career ladder in the direction of god likeness. After all, even God is just a figure on the Narcissistic chessboard.

Hence it could happen, that he forgets he is only a human being. Occasionally he might stumble over his own shadow in the performance of his duties. Because he has handed it in with his clothes at the cloakroom. Actually. So it's no wonder that the evil plagues from the shadow world coincidentally bear an immediate relationship to the displayed piety. Because somewhere these goddamn worldly needs break free and sometimes the divine valve bursts.