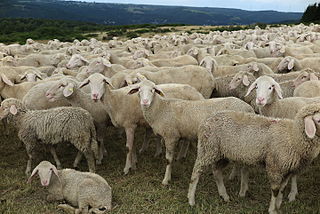 Narciss creates his own Reality

Bumps of reality and the meaning of life

At all times Narcissists found enough followers to share around him pious as lambs and they have always allowed themselves to be taken to the slaughterhouse without much resistance. What were their motives? Well, some of them did it for power and recognition, others craved for subjection and protection, for safety and security, for shelter, the idea of a harmonious beautiful ideal world and some real great things as the meaning of life.

And who could explain it better than a Narcissist? Who, indeed, spends his entire life with smoothing the bumps of reality a more or less big bit?

So it is no wonder that, especially in the great myths of humanity, the line between sense and insanity is quite fine and the fantasies of salvation sometimes drift off into pathology. Black or white, follower or enemy, that's the small world of religions, politics - and the Narcissist. However, nothing is sacred to him. Except, of course, he himself and at best maybe his ego extensions.

Between drama and banality

It is in the nature of insignia of power and other status symbols that they make the status visible to the outside world only when they are seen. While ordinary mortals like to take off their suits and pearl necklaces at home, Narcissus merges so much with the accessories that make him stand out in the outside world, that he threatens to drown in a wave of banality when his facade threatens to be lost.

The Narcissist is in a sense addicted to symbols that give meaning to his ego. These surrogates are directly related to the actual tristesse of his existence. In other words: A Narcissist without a stage and props is at the bottom of his heart a pitiful being. He just finds no one who seriously pities him because in this state, he is simply unbearable.